A note from Heather:


August 2018: As of right now the Magic Potion books are on hold. At some point, I hope to have the time to write another, but I'm not sure when that will be. When it happens, I'll post here, so please check back every now and again.


About the Magic Potion series

One bit of advice I often give to new authors is to load up on perseverance and persistence. These traits are absolutely needed in the publishing industry to succeed. This series is a direct result. I first had the idea of this series in March 2011 and brought up the idea with my agent, who then submitted my initial proposal. I’d just been contracted with my Wishcraft series through Penguin Publishing (the first book hadn't even debuted yet!), and I knew it was a long shot to have another witchy series picked up so soon. But I persisted because I believed in the story. Did that mean it was easy? No. My proposals went through revisions several times (perseverance!) before contracts were finally signed the following April. Because production takes a long time in publishing, A POTION TO DIE FOR didn't release until November 2013. The lesson I learned? Don’t give up on the story in your heart.

"Blake does it again with the debut of another great paranormal mystery series. As witch Carly tries to prove herself innocent of murder, a shocking turn of events makes readers tear through the pages to find out the real story. This reviewer can’t wait to read more from this talented author."
- 4 1/2 stars, RT Magazine

A Potion to Die For* 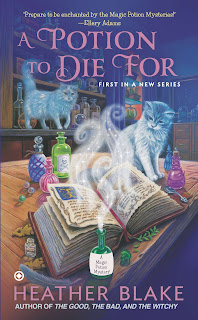 
As the owner of the Little Shop of Potions, a magic potion shop specializing in love potions, Carly Bell Hartwell finds her product more in demand than ever. A local soothsayer has predicted that a couple in town will soon divorce—and now it seems every married person in Hitching Post, Alabama, wants a little extra matrimonial magic to make sure they stay hitched.

But when Carly finds a dead man in her shop, clutching one of her potion bottles, she goes from most popular potion person to public enemy number one. In no time the murder investigation becomes a witch hunt—literally! Now Carly is going to need to brew up some serious sleuthing skills to clear her name and find the real killer—before the whole town becomes convinced her potions really are to die for!

One Potion in the Grave* 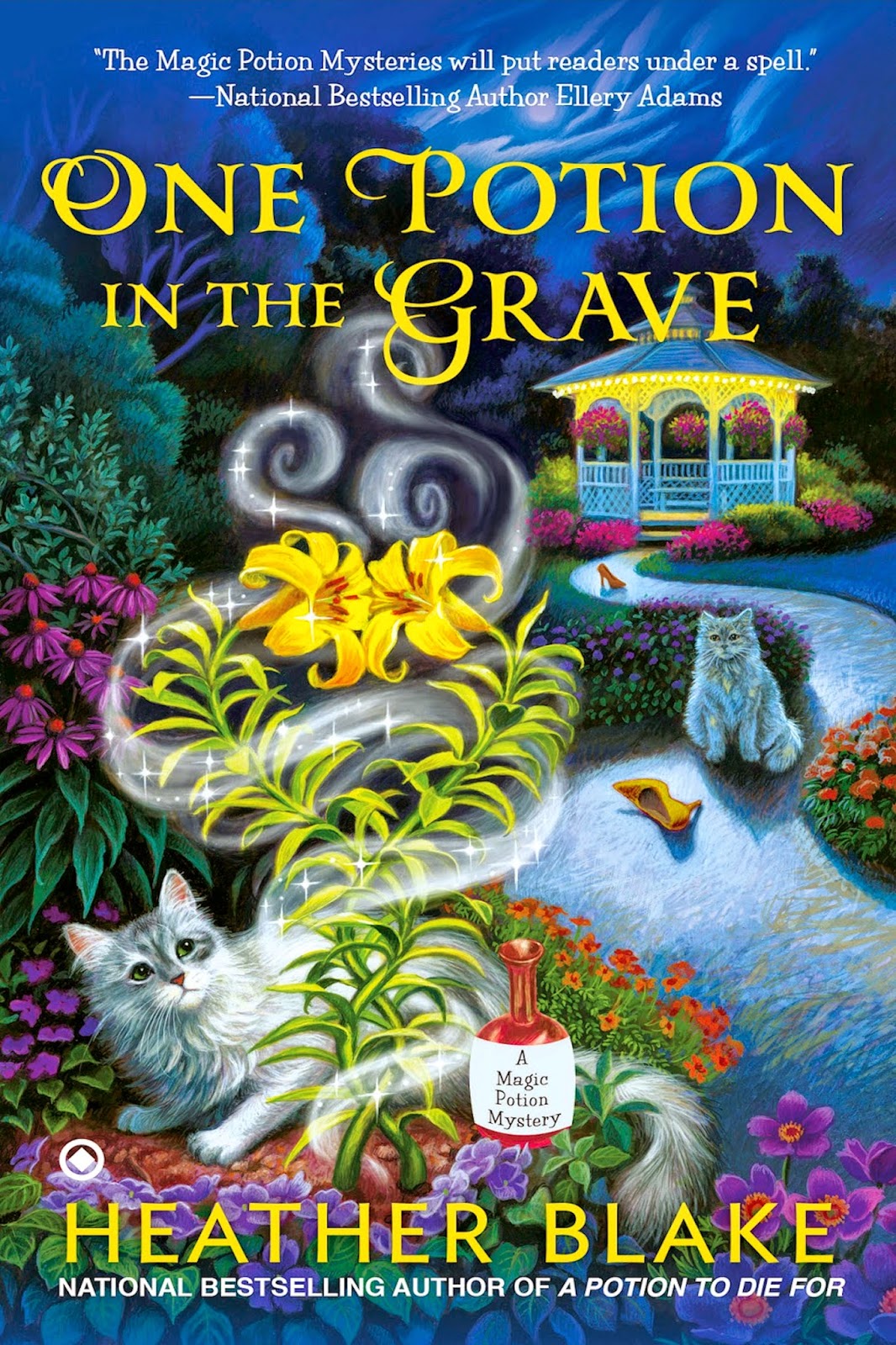 
Carly Bell Hartwell’s love potions are always in demand in Hitching Post, Alabama, the wedding capital of the South.…

When Katie Sue Perrywinkle walks into the Little Shop of Potions, Carly is surprised and delighted to see her old childhood friend. Katie Sue fled her hometown and a troubled family over a decade ago. But she’s not back for a social visit. She’s come to settle a score with Senator Warren Calhoun, who is in town for his son’s high-profile wedding.

But before Katie Sue has a chance to voice any objections, she’s forced to forever hold her peace. After finding her friend dead, Carly vows to find her murderer. Were the corrupt Calhouns willing to go to any lengths to avoid a scandal? Did Katie Sue’s family take the term “bad blood” to a whole new level? And why did the bride-to-be come to Carly for a love potion? As Carly gets closer to the truth, a killer is planning a very chilly reception.…

Ghost of a Potion 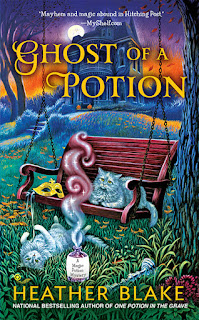 With all the ghosts that haunt her at this time of year, Carly doesn’t exactly rush to celebrate Halloween.  Even a costume ball organized by her boyfriend Dylan's mother, Patricia Davis Jackson, holds little allure.  But to please Dylan, who wants peace between the two women, Carly reluctantly agrees to go.

Gossip around town is that architect Haywood Dodd plans to make a big announcement at the party. But before he can address the crowd, he’s found dead with Patricia standing over him, holding the murder weapon. Anxious to clear Patricia’s name and perhaps broker a truce with her, Carly would love to use her snooping skills to find the real killer. Only she has bigger problems to deal with—ghosts are flocking to her for help, including a very persistent Haywood Dodd…